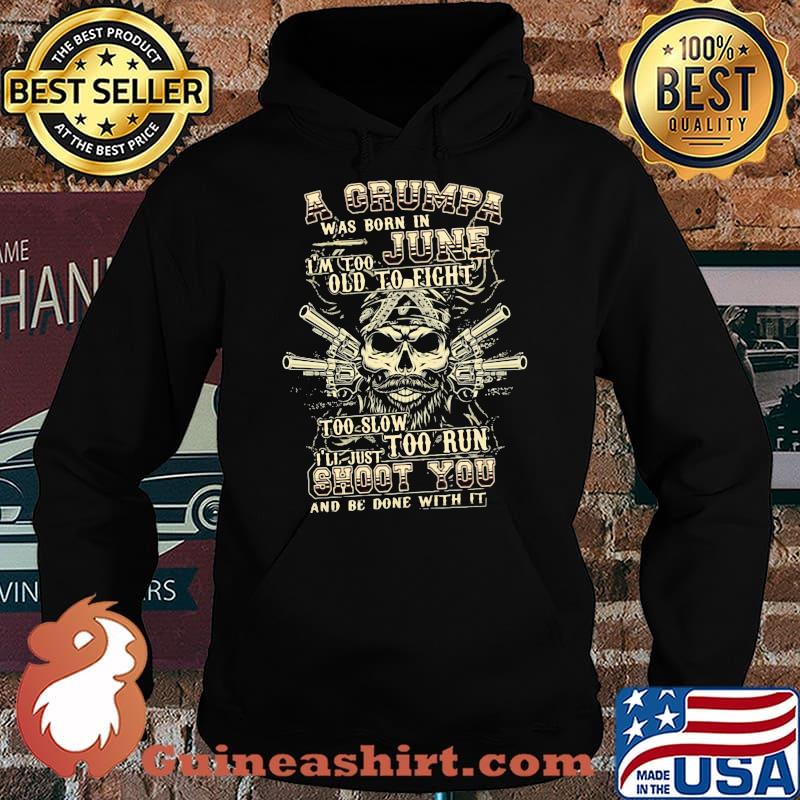 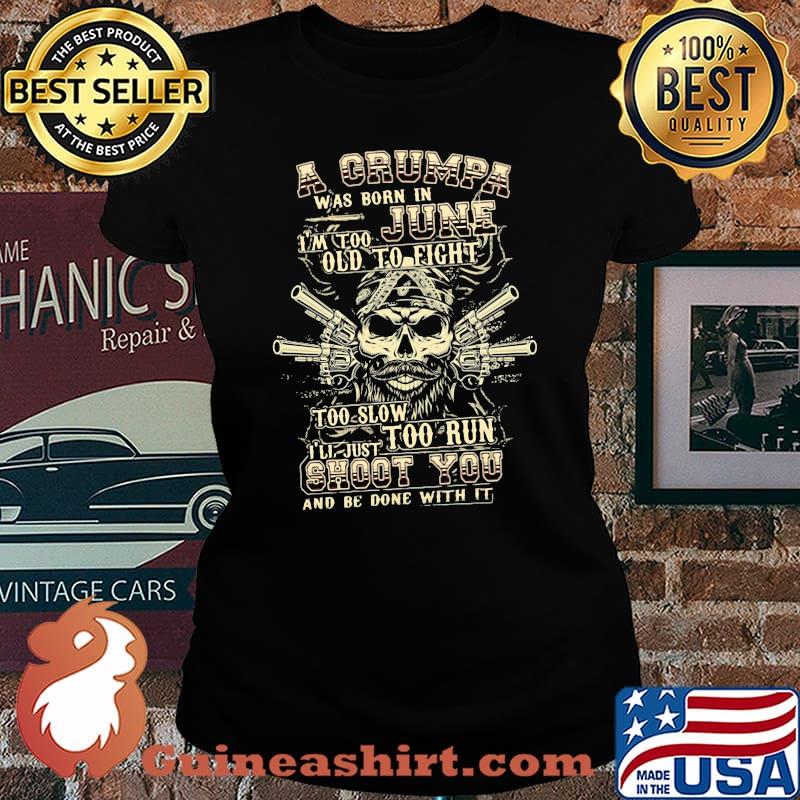 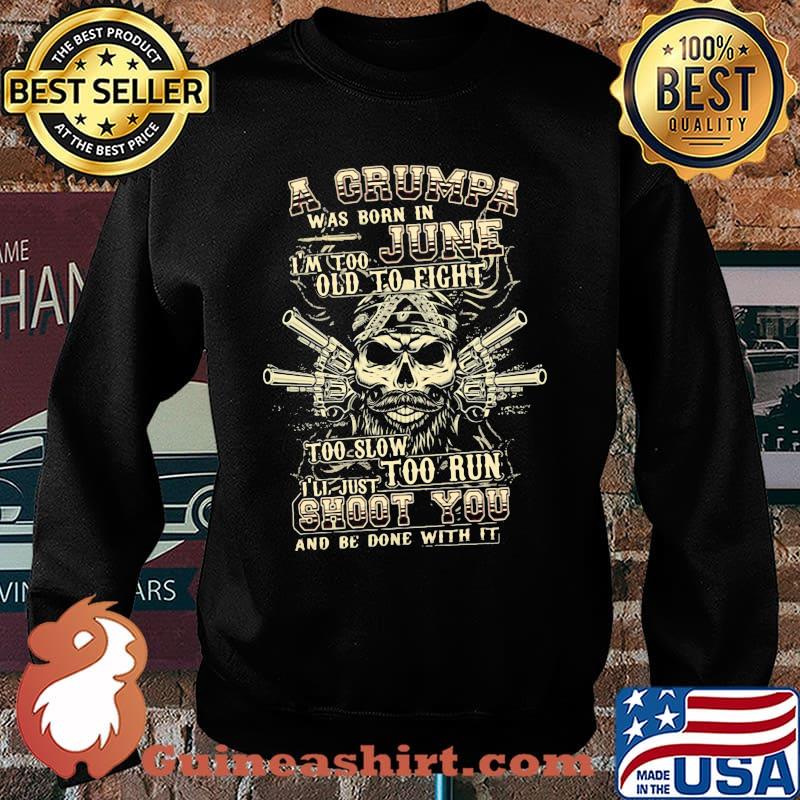 Condie and Vest have faced pressure from expectations about how women should look. They also regularly receive harassment in their DMs—everything from unsolicited dick pics to death threats. In 2019, Condie, Vest, and other top female climbers started a group chat where they would send each other screenshots of the A Grumpa Was Born In June I’m Too Old To Fight Too Slow Too Run Skull Shirt but in fact I love this harassing messages they’d get. Then they created a separate Instagram page where they uploaded the screenshots with the senders’ usernames covered. It was empowering to share those messages, they say. They did it to draw attention to the harassment that female athletes deal with on social media. “It created this community of women leaning on each other based on these things they get from creepy dudes,” says Vest.

A Grumpa Was Born In June I’m Too Old To Fight Too Slow Too Run Skull Shirt, hoodie, tank top, sweater and long sleeve t-shirt

But it didn’t last. One day Instagram removed the A Grumpa Was Born In June I’m Too Old To Fight Too Slow Too Run Skull Shirt but in fact I love this page—no notification, no explanation, it just disappeared. The messages that really strike a nerve for Condie and Vest are about their bodies. “Female athletes tend to get a lot of shitty comments about looking muscular,” Condie says. It happens in person too. “This week, two different people I know were like, ‘You look really muscular, in a good way.’” She says, “There’s not a bad way.”